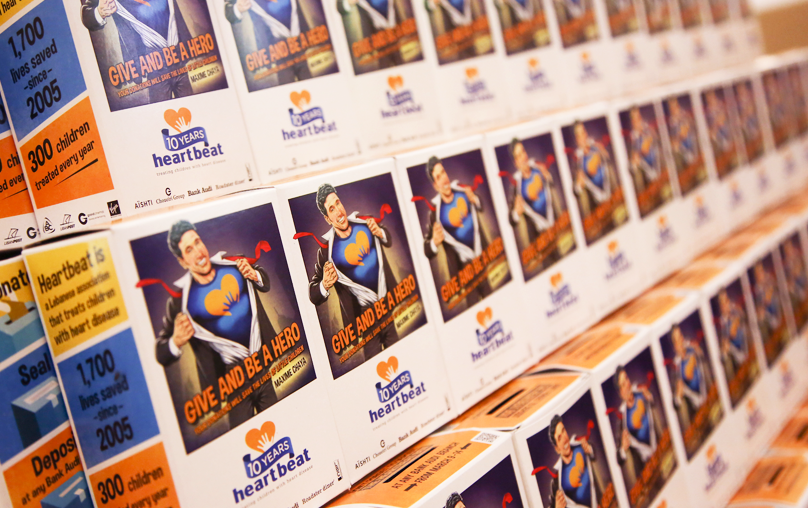 As part of its endeavor to spread awareness and raise funds, Heartbeat launched in 2015 the ‘Heartbeat Box’ campaign. For a period of a month, more than 100,000 boxes were distributed all over Lebanon, encouraging children and adults to contribute with a small donation. During this period, the Heartbeat team visited schools to spread awareness about heart disease in children. The campaign was endorsed by Maxime Chaya, a world-recognized hero and Heartbeat’s ambassador.